Plastic garbage has been entering our oceans for decades now, part of which has merged into five oceanic garbage patches. On 8 September, The Ocean Cleanup, the organization that is developing technologies to rid the oceans of plastic, will launch an unprecedented clean-up operation, putting in place the world's first system to combat maritime plastic waste, approximately 1,200 nautical miles west of the Californian coast in the Great Pacific Garbage Patch. The AGRU Kunststofftechnik large diameter HDPE piping system is the backbone of this 600 m-long floating construction. It will form an artificial coastline in the ocean where plastic waste is intended to accumulate.

The ocean plastic problem is huge and continues to grow every day: 8 million metric tonnes of plastic waste end up in our oceans every year, a trend which is rising exponentially. Due to their specific densities, some types of plastic can float near the surface for many years before the effect of UV light and wave impact breaks them down into microplastics in the formations also known as "garbage patches" or "trash vortices". These microplastics can no longer be removed from the water and can be easily ingested along with food by sea creatures. Since fish are the food in greatest demand worldwide, this completes the cycle.


Solving a legacy problem of plastic floating in the ocean

Garbage patches occur where different oceanic currents converge to form enormous vortices. In total, there are five of these major vortices (known as gyres) in the world's oceans, the largest of which is in the North Pacific. Plastic that has made its way into the world's oceans over the last 50 years has settled in this concentration zone. This is where a Dutch start-up comes in with an ingenious idea – what if someone were to clean the garbage patches with a fleet of autonomous waste collection systems? The Ocean Cleanup, founded by Boyan Slat, is looking to deploy a sophisticated solution to retrieve and recycle 90% of the plastic from the Pacific Garbage Patch by 2040 – harnessing the power of the ocean to their advantage. The aim is for a fleet of huge, floating screens to slightly move faster in the water than the plastic waste, essentially pushing it along in front of them. Due to the U-shape of the system the material concentrates in the middle, where it can be extracted and returned to land for recycling by dedicated vessels every 6-8 weeks

According to the latest findings, the Great Pacific Garbage Patch between California and Hawaii is as large as Mexico and contains 1.8 trillion pieces of plastic. The Ocean Cleanup is now assembling the first technical system to start the "largest cleanup in history". The system's backbone is a 600 m long "floater" pipe made of fully pressure-resistant PE 100-RC pipes, developed by AGRU Kunststofftechnik together with The Ocean Cleanup and custom-made by AGRU Kunststofftechnik. Although no internal pressure is created in this application, the external stresses caused by the waves, UV radiation, storms and aggressive salt water are enormous, and would push any other material beyond its limits. The floater has been designed to allow for load cases that are expected only once every hundred years in the open ocean. The system's flexibility is the key to its ability to survive through storms in one of the most rugged areas on the planet. And polyethylene has enormous flexibility. Thanks to the special properties of the RC material used by AGRU Kunststofftechnik, it provides additional long-term protec-tion against the slow spread of cracks. In order to ensure maximum buoyancy even in the event of damage, the floater needs to be split into a number of hollow compartments like a ship (known as bulkheads). AGRU Kunststofftechnik produced perfect-fitting bulkhead partition walls for these, as well as took care of welding them into the pipes with the highest degree of precision.

Another key feature of the system is a three meters deep “skirt" attached below the floater. Together with the floater, the skirt forms an artificial coastline in the ocean. The floater provides buoyancy to the whole system and prevents plastic from floating over it. The skirt below the surface prevents smaller particles from escaping underneath. The Ocean Cleanup designed a special rail system to secure the skirt to the floater, which AGRU Kunststofftechnik has implemented with supreme accuracy and subject-matter expertise. For this dove tail joint, PE 100-RC sheets were machined with millimetre precision and inseparably fixed to the floater using a welding machine specially developed for this purpose. AGRU also supplied ballast pontoons made of PE 100-RC pipes to stabilise the floater. The complete system was prepared for use under the guidance of AGRU Kunststofftechnik experts in San Francisco.

The Ocean Cleanup system disposes of solar-powered lights, anticollision systems, cameras, sensors and satellite antennas and the system actively communicates its position at all times. The Plastics Experts at AGRU Kunststofftechnik have also supplied custom parts to make this floating high-tech screen operational. At night, for example, position indicator lights must make the system clearly visible to ships and satellite antennas must communicate its location via GPS at all times. The power required for this is generated during the daytime with solar panels. AGRU Kunststofftechnik added the attachment points for the masts of the position indicator lights and the satellite antennas, as well as the bollards for the ships that come to visit the system for inspection or garbage collection. These were made from machined spigot saddles “Topload”.

Ingenious solution harnessing the power of the ocean

The Ocean Cleanup system moves faster than the plastic in the swirling mass of rubbish. To do this, the system takes advantage of the three natural oceanic forces: winds, waves and currents. Both the plastic and the system are being carried by the currents. However, winds and waves propel the system only. As the floater partly sticks above the surface, and plastic is primarily just beneath it, the system thus moves faster than the plastic, allowing the plastic to be captured. The skirt extends deeper in the middle of the system than on its edges. As the current applies pressure on the skirt, the system naturally adopts a U-shape, which enables it to concentrate plastic in its center, like a funnel. The drag generated by the skirt also acts as a stabilizing force, allowing the system to reorient itself when the wind changes direction. And because the system like the plastic is free floating, it automatically drifts to the areas with the highest plastic concentration.

Every few weeks, a ship will collect the concentrated rubbish and deliver it to a waste-carrying mother ship. This is then intended to bring the plastic ashore for recycling. If the first Ocean Cleanup system is successful, a full fleet of 60 floating screens will gradually be launched in the Great Pacific Garbage Patch. The amount of plastic waste present in this vortex of refuse would then be halved every five years, removing 90% of the plastic waste from the Pacific Garbage Patch by 2040.

AGRU at Mountain Planet 2020 in France! 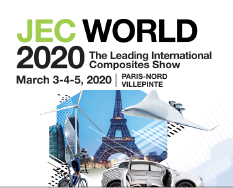