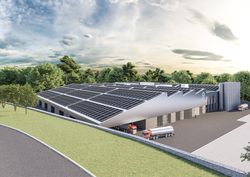 AGRU participates together with BMC Gulf.